ELEVEN PORTS ARE IN THE RUNNING FOR THE ESPO AWARD 2021. 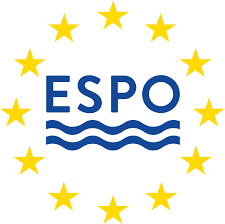 ESPO members could send their applications until Thursday 1 July. The ESPO Award winning port will be selected by an independent jury of international experts, under the Chairmanship of Dimitrios Theologitis, former Head of Unit of Ports and Inland Navigation in DG MOVE at the European Commission. The winner will be announced at the ESPO Award Ceremony and Dinner taking place on 9 November in Brussels.

About the ESPO Award

The ESPO Award was established in 2009 to promote innovative projects of port authorities that improve social integration of ports, especially with the city or wider community in which they are located. In this way, the Award aims to stimulate the sustainable development of European ports and their cities.

Source of Information: ESPO
Back