The Port of Ceuta renews its PERS certification and remains within the ‘Ecoports’ network. 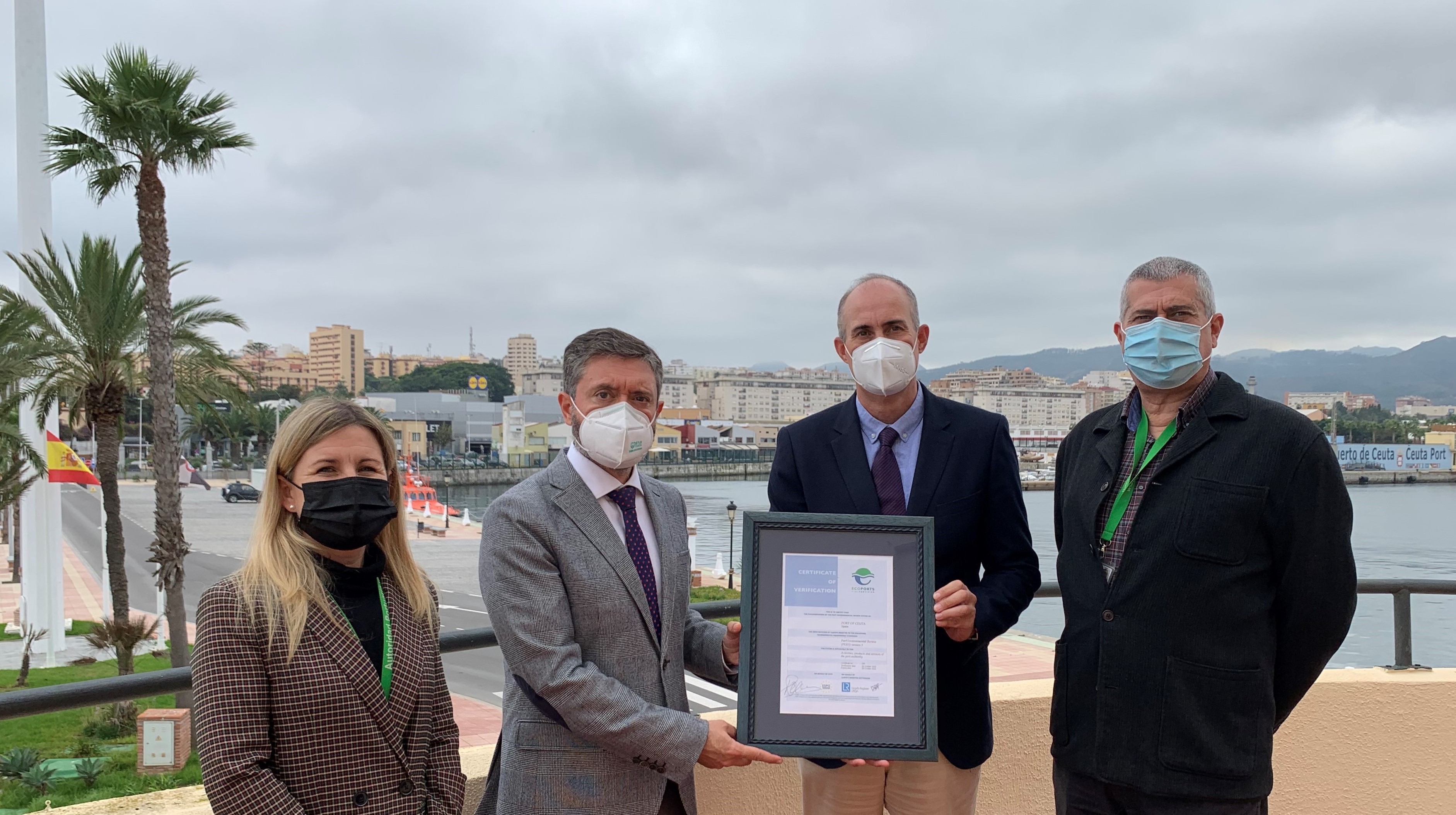 The PERS certification is the only European accreditation of specific environmental management of the port sector and is granted to those port authorities that fulfill the sustainability standards previously set by the European Commission.

The Port has renewed its certification thanks to its environmental commitment, with actions such as the acquisition of the ‘USV Vendaval’ and the approval of an instruction for the reduction of hydrogen sulphide emissions.

The Port Authority of Ceuta (APC) has renewed for two more years its PERS (Port Environmental Review System) certification given by the European Sea Ports Organisation (ESPO). This renewal is a new step within the commitment that the Port of Ceuta made towards an increasingly sustainable action and a policy focused on improving the environmental conditions of the city.

With this certification, the port of Ceuta remains within the ‘Ecoports’ port network, the main environmental initiative of the European port sector. The objective of this organization is to improve environmental management and raise awareness about the protection of the environment, through cooperation and the exchange of knowledge among ports. In Spain, there are currently only 8 port authorities with the PERS, being the port of Ceuta the last one to join, in January 2019.

The APC had set the objective of being re-certified before the end of the validation period, in January 2021, for which it had to comply with standards set by the Ecoports Foundation. PERS certification requires the port to propose a series of measures to demonstrate effective environmental management. These measures range from identifying and monitoring environmental challenges so as to improve communication with the local community and increasing transparency, through the creation and publication of an environmental report. In addition, obtaining the certification implies the principle of “continuous improvement”, which in turn means carrying out new actions and innovative projects of an environmental nature.

On this occasion, the APC contributed to this environmental improvement with the acquisition of the “USV Vendaval”; a vessel capable of carrying out missions in a totally autonomous way, including environmental surveillance and protection; and the approval in 2019 of an instruction for the reduction of hydrogen sulphide emissions.

The PERS certification system incorporates, in addition to the main general recognised environmental management requirements (such as ISO 14001), the specifications of the ports. This system is based on ESPO’s policy recommendations, which provide ports with clear objectives to achieve and its implementation is independently reviewed by Lloyd’s Register.

ESPO, founded in 1993, represents the maritime ports of the European Union (EU), and defends the common interests of its members, acting as an official negotiator of the enclaves before the European Commission. Its main mission is to influence the common policy of the EU, with the aim of strengthening the European port sector as a key element in the transport chain, offering greater security and efficiency, and allowing it to operate in a liberalised market, within the framework of a competitive and sustainable industry.

The ESPO structure is made up of a permanent office in Brussels, a General Assembly, an Executive Committee and 6 specialised committees in several areas of the port activity. Specifically, the APC is represented in one of these committees, which are in charge of managing and representing common interests among the member ports, as well as acting as speakers before the European institutions and their legislators.

The work of the Port in terms of sustainability does not stop, since the commitment of the APC remains firm, with the intention of fulfilling the requirements and continuing to contribute to the better development of port activities in our city.