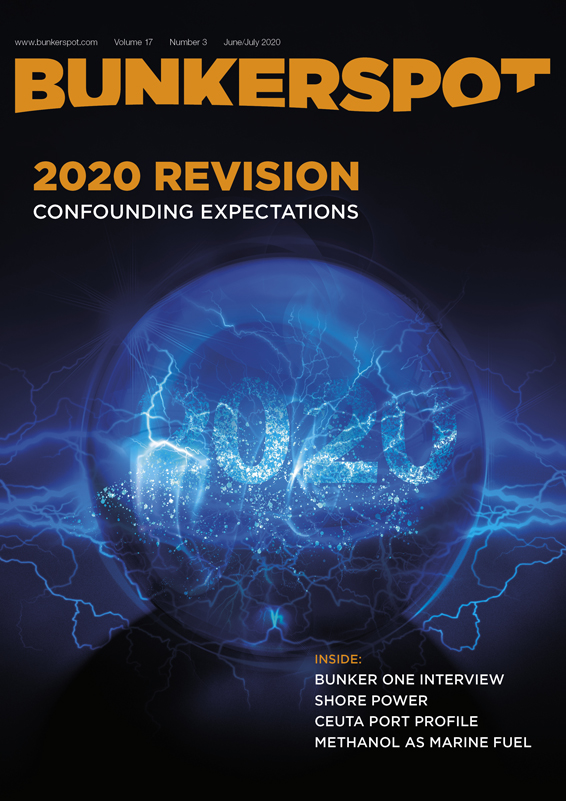 The Strait of Gibraltar is a highly competitive bunker market with four key ports vying to capture business. Lesley Bankes-Hughes reports on how the Port of Ceuta is taking steps to optimise and grow its marine fuel operations.

Located in the Spanish enclave of Ceuta in North Africa, the Port of Ceuta is a
key port and bunker supply location in the Strait of Gibraltar. One of shipping’s main chokepoints, the Strait of Gibraltar is at the crossroads of East-West/North-South trade lanes, with over 100,000 vessels passing
through the channel each year. As such, the demand for bunkers is strong but competition for this business is fierce and the Port of Ceuta, in looking to build its market share and capture new customers, must compete with the neighbouring ports of Tanger Med and, across the Strait to the North, the ports of Gibraltar and Algeciras.

In an interview with Bunkerspot, the Port Authority of Ceuta said its future focus will be on improving the competitiveness of the port through infrastructure investment and modernising its fuel supply facilities. In terms of growing its marine fuel business, the port authority said: ‘Our goal is to retain the supply market for medium-sized vessel which is one of our specialisations. We are also looking to take advantage of emerging market opportunities and introduce supply operations in the bay for larger tonnage’. In the future, the por t is looking to develop infrastructure to accommodate
Panamax-size vessels up to 77,000 DWT and with a draft of 12.5 metres. Cargo volumes have increased at the Port
of Ceuta in recent years. In 2019, throughput increased 2.1% year on year and volumes totalled 2.5 million tons. Liquid bulk cargo handling, including oil products, is a mainstay of the port’s operations and liquid bulk currently accounts for a third of all throughput. In 2019, liquid bulk cargo (loaded and unloaded) totalled 872,261 tons.

The construction of new berthing at the Poniente (Western) dock has also enabled the port to receive tankers up to 227 metres long and with a 12.5 metre draft. The expansion of the port’s facilities to accommodate larger tonnage also extends to the cruise ship sector, where construction work at the Muelle España (Spain Quay) has enabled Ceuta to receive cruise ships of 300 metres in length and with capacity for over 3,000 passengers.

In terms of its marine fuel business, the port has seen a steady growth trajectory for supply volumes in recent years. In 2019, it recorded an increase of 5% over the year before, reaching a total of 772,500 metric tonnes (mt), and
the growth has been reflected in both the number and the size of ships supplied with fuel. In the first quarter (Q1) of 2020, the Port of Ceuta supplied around 200,000 mt of marine fuel, putting it in fourth place in a ranking of Spanish ports’ supply volumes. The number of vessel calls at Ceuta is also on the rise: in 2019 there were 11,085 calls at the port – the first time that the milestone of 75 million GT had been exceeded. An increase in the number of passenger vessels operating on regular schedules between Ceuta and Algeciras contributed to the rise in vessel calls.

The number of bunkers-only calls at the port also increased in 2019 – there were 3,101 refuelling stopovers, which was a 5.5% increase over 2018. Bunker supply at the Port of Ceuta is offered by Cepsa, which has its own storage facility, and Vilma Oil, which stores product at the DÚCAR storage facility. Cepsa manages the 100,000 square metre
storage facility of its subsidiary Atlas. This is connected via a pipeline to the Poniente dock and it can supply bunkers at berth or by barge at anchorages in the bay. This terminal receives over 60 ships each year, delivering products such as LNG, gasoline and automotive diesel for the city of Ceuta. It also supplies around 1,500 vessels a year with marine fuel. Cepsa sources its marine fuels from its own refinery at Algeciras.

The DÚCAR terminals have heated tanks and they have a hose connection to the Levante and the Poniente docks.
Both DÚCAR terminals currently handle a total 800,000 mt of bunker fuel each year, supplying around 3,400 vessels. Vilma Oil operates the 2009-built Spabunker 40 at the Port of Ceuta. The 2,551 GT barge has a capacity of 2,600 mt of fuel oil and 1,200 mt of marine diesel oil (MDO). In February this year, Cepsa brought the Spabunker 60 into service at the port. Constructed at the Unión Valencia Naval Shipyard, the double-hulled barge has a capacity for 2,300 mt of fuel oil and 700 mt of MDO. The Spabunker 60 supplies fuel to vessels at anchorage and, according to the Port Authority of Ceuta, the addition of the barge has facilitated bunker supply to 40-50 more ships per month.

At the Port of Ceuta, bunker delivery is expipe and by truck and, says the port, these supply options plus barge supply to vessels at anchorage ‘significantly reduce waiting times’. Ahead of the introduction of the 0.50% sulphur
global cap on 1 January, the port prepared to secure supply of very low sulphur fuel oil (VLSFO) and the port authority says it viewed this as marking a new phase in its strategy to increase bunkering operations.

‘The Port Authority has been developing trade policies aimed at capturing and increasing vessel traffic for some time. So the appropriate steps have been made to achieve this objective by increasing our supply capacity and optimising our services, which is leading to an increase in traffic and, therefore, an improvement in port results,’ it told Bunkerspot.

The first delivery of VLSFO took place on 1 November last year, when Vilma Oil offloaded 34,500 mt from the Swedish vessel, Ridgebury Colette B at the Poniente dock– an operation which took 35 hours to complete. Vilma Oil also undertook the first physical delivery of VLSFO on 7 November, when the Turkish vessel Kurtulus received 90 mt of bunkers. According to the Port Authority, ‘VLSFO as a replacement for high sulphur fuel oil (VLSFO) has produced high confidence in the market and the port has increased its commercialisation’.

In the first three months of 2020, some 185,000 mt of low sulphur fuel were supplied to ships at berth and at anchorage – split between VLSFO (125,000 mt) and MGO (60,000 mt). The Strait of Gibraltar is the largest bunker market in the Mediterranean and the second largest in Europe, behind the Amsterdam- Rotterdam-Antwerp (ARA) region. While Ceuta has responded to the IMO 2020 mandate by ensuring a consistent supply of low sulphur fuels, the Port Authority also highlighted its price competitiveness in relation to the other Strait of Gibraltar ports.

‘The high competitiveness of our port companies contributes to this, reducing the cost of the services provided and
therefore the final price per tonne,’ it said. In terms of port calls by vessels equipped with scrubbers, the Port Authority noted that: ‘The use of open scrubbers in port waters can be authorised if certain requirements are met, according to published regulations for vessels equipped with these systems. ‘Authorisation may be granted after a favourable report by the Captain of the Port and would be limited to certain areas of the port.’ The port acted quickly to safeguard its operations and ensure business continuity as the coronavirus pandemic began to impact national
economies and global trade in early 2020.

‘The supply of fuel is being carried out without any restriction and under the highest standards of safety and hygiene,’ said the Port Authority. It noted that there has been a 2% reduction in the number of vessel calls at the port during the pandemic, but it says there has not been any marked reduction in bunker volumes. The Port Authority also said that ship inspections are not being carried out at present.

The Balearia-operated vessel, Passio per Formentera, has continued to make 2-3 daily transits to and from Algeciras
during the business week, with one crossing at the weekend. At the time of writing in mid-May, the vessel was carrying only 10%-15% of its cargo capacity and was principally delivering essential goods to Ceuta.

Looking ahead, the Port Authority said it will be taking steps to act on its environmental responsibilities. It currently has provision for shore power for small vessels at the Muelle España and is developing strategies to monitor water and air quality. It has also implemented energy efficiency measures through, for example, the acquisition of electric vehicles for operations within the port environment.