The ports of Ceuta and Algeciras work to establish a framework of collaboration with regards to passengers and cargo. 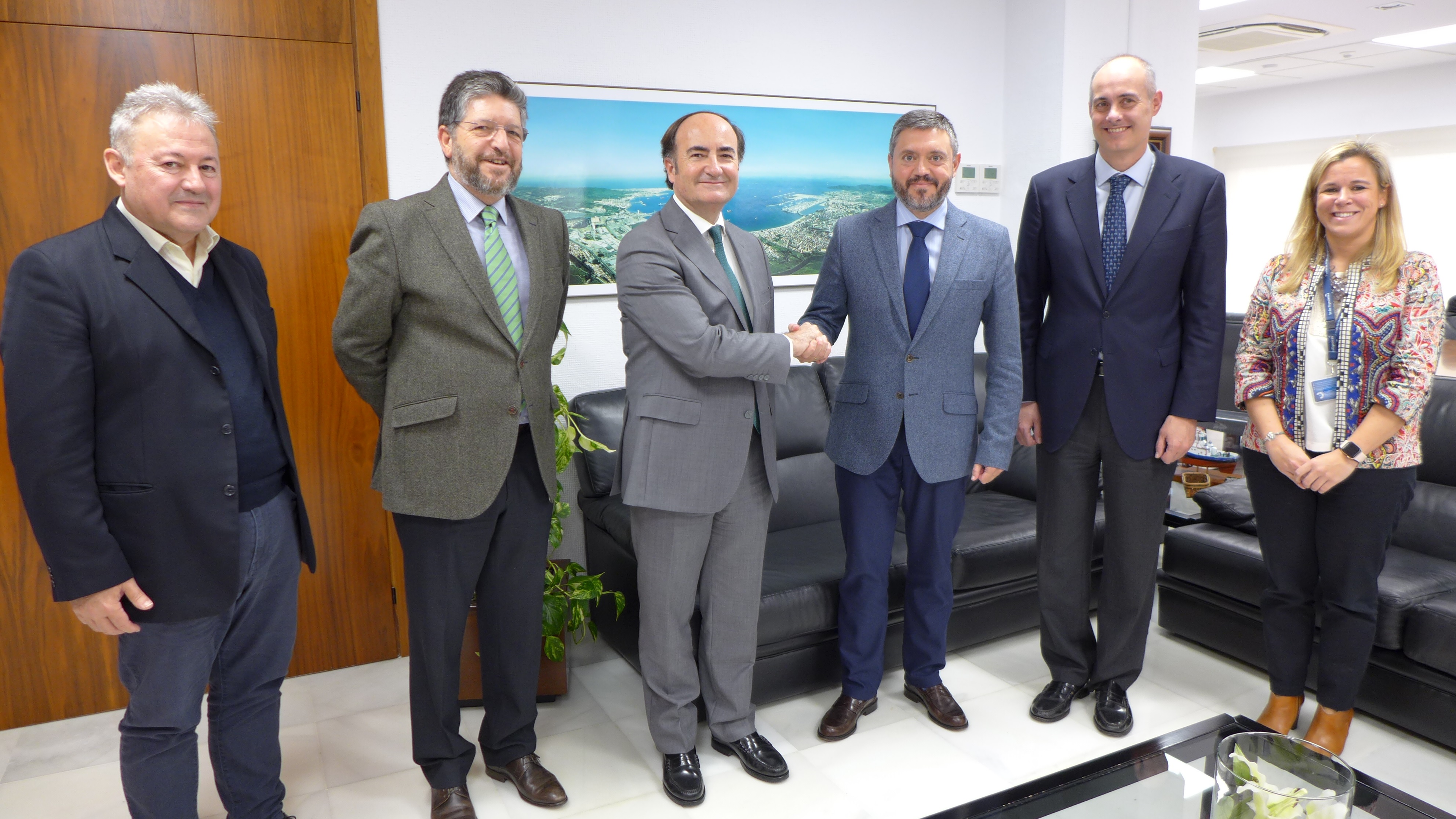 The executives of both docks hold a work meeting focused on the Strait traffic.

The ports of Algeciras and Ceuta celebrated a work meeting in which both parties addressed issues of common interest with the objective of establishing a framework of collaboration to implement actions regarding passengers and cargo traffic in the Strait that provide value to the port communities of both ports and their users and customers.

The meeting, held at the headquarters of the Port Authority of the Bay of Algeciras (APBA), was headed by the presidents of both Port Authorities, Gerardo Landaluce and Juan Manuel Doncel, as well as their general directors, José Luis Hormaechea and César López, and the responsible for the Environment and Operations departments of the host entity.

Landaluce and Doncel dealt with passenger traffic on the Algeciras-Ceuta line, for those who study the establishment of the quality service standards, the joint development of a Service Letter focusing on Strait of Gibraltar Crossing Operation (OPE ) and in the period of interchangeability of tickets, as well as the definition of some procedures in case of port closures or response to emergency situations, among others.

Another important point for both docks was to establish a process for exchanging information between Algeciras and Ceuta, both for passengers and cargo traffic, with the aim of allowing global traceability.

The appointment also served to share the concern and the urgent need to provide a solution to the accumulation, in the service areas of both ports, of vessels and vehicles involved in judicial and administrative proceedings, which have an impact on port operations, projecting a bad image abroad and a potential environmental risk.

Regarding bunkering, in which both ports are reference docks, the parties addressed the so-called IMO 2020, regulations of the International Maritime Organization (IMO) that since January 1 limits the content of 3-5% to 0.5% of sulphur in marine fuels, a challenge for the sector with the objective of reducing emissions from maritime transport. The operators of both ports already supply this product. In this regard, they carried out the joint promotion of the “Puertos del Estrecho” brand, taking advantage of the presence of Algeciras and Ceuta in international forums and associations such as the International Bunker Industry Association (IBIA).

Additionally, planning issues were discussed, as well as different relationship models and experiences in the development of Port-City integration projects, or the situation of the special plans and their singularities. The intention of both ports is to continue working on establishing actions that favour positive synergies and linking actions from a strategic and logistic point of view. Both ports pledged to collaborate more closely to take advantage of the potential of the two ports that are called to have a prominent role in maritime transport given the privileged geographical situation of both in the Strait of Gibraltar.

The ports are fundamental pieces of the territorial gears where they are located and the evolution of the markets, services and technologies, so both Port Authorities will continue through work, coordination, joint actions and shared knowledge.